The Governor of Rivers State, Nyesom Wike, has sacked a permanent Secretary, Sunny Okere for disregarding the covid-19 guidelines.

In a statement issued on Wednesday, Rivers Commissioner for Information and Communications, Paulinus Nsirim, the governor stated that his action against the Permanent Secretary would serve as a warning to other public officers.

According to him, Okere chased away officials of the Ministry of Health, who went to Oyigbo to enforce the established guidelines on public burials.

“Burial ceremonies are also reportedly being conducted in clear breach of the 50 persons maximum attendance limit such that a serving Permanent Secretary had the temerity to chase away officials of the State Ministry of Health who went to enforce the established guidelines on public burials at Oyigbo,” the statement read in part. 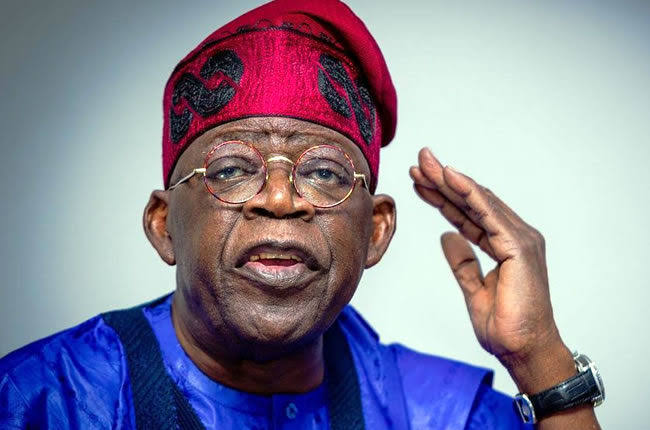 The Atiku/Okowa Presidential Campaign Council (PCC) has accused the All Progressives Congress (APC) of shying away from its ‘woeful’ performances and campaigning with the Federal Government’s projects in Lagos State.

The APC presidential candidate Bola Tinubu – a former governor of the ex-Nigerian capital – is campaigning on his records in Lagos which he says is a testament to what he can do if elected as the country’s leader next year.

But a spokesperson of the Council Charles Aniagwu has faulted the claims, accusing the ruling party of performing badly at the national level.

“The level of insecurity was democratised to the extent that every part of the country became a killing field. Those are the things APC can do. And because they don’t want us to talk about it, you can see how they always run away from their national and abysmal failure,” he said Monday while fielding questions on Channels Television’s Politics Today.

“So, if he thinks that the federal roads that were built by the Federal Government from Ikeja through Anthony – of course having passed Maryland and then you pass through the Third Mainland Bridge completed by the Babangida administration to the Island – that those are the things they would be showing us, we would remind them that those things were there even before Tinubu became the governor of Lagos State.”

He said the PDP administration established organisations such as the Economic Financial Crimes Commission (EFCC), introduced some bank reforms, and gathered some of the best brains in the country to work for the government.

Tinubu, last Friday, mocked Atiku over the latter’s multiple attempts to occupy the number one political office in the country.

Oyalowo, who made a live appearance on Channels Television’s Politics Today on Monday, argued that Tinubu’s political jibes on Atiku were simply to “spice up” the 2023 campaign.

However, spokesperson for the PDP PCC, Charles Aniagwu, in his response, pointed out that President Muhammadu Buhari had similarly contested for president four times prior to his win in 2015 via the newly amalgamated APC.

“Even Charles knows that he is just making a mountain out of a molehill. Normally, in political contests, there are necessary times you throw jibes,” Oyalowo said.

“We have seen about two, three times the two men have met at the airport on different trips and we’ve seen how convivial they were. So, the jibes are just necessary to spice up the contest.

“It is not the content; the content here is, what are we going to do that we believe Atiku cannot do? That is the issue here.”

The APC campaigner alleged that Atiku as Vice President under the Olusegun Obasanjo administration, Federal Government-owned companies such as the Aluminium Smelter Company of Nigeria (ALSCON), Nigerian Telecommunications Limited (NITEL), and Nigeria Airways, were undervalued and sold in the government’s privatisation efforts.

“I would remind him (Oyalowo) that the PDP administration embarked on bank consolidation to the extent that today, when you put your funds in the bank, no matter what happens to that bank, your fund is safe,” the campaign spokesman said.

“I will also remind him about reforms in the pension sector. A number of times, they talk about money in the Excess Crude Account (ECA) as if that was the tree that grew in one forest.

“That money in the ECA was made possible because Obasanjo/Atiku administration was able to realise that we were getting some funds far in excess of what was budgeted, and rather than wasting it, we needed to save for a rainy day.”