Speaking to local press, Yudi explained how she was at first drawn to the church at a younger age.

“I went to Uraba and I was at school when nuns came to visit us, and I knew then that I wanted to do that.” So, at the age of 10, she joined a convent and spent the next 8 years in training as a nun.

She says she was initially very happy there, but as she got older she ‘fell in love’ with her religious teacher, and had to quit the convent and find a job elsewhere.

Yudi found employment in Medellín, working for Nestlé. However, her meeting with Juan Bustos, a recruiter for adult webcam models, made her to think of this new career in adult videos.

She went along to a casting call and was hired instantly. She remarked, “At first I was feeling bad, but now I am fine with it. I also feel good when I go to church. I never miss Friday prayers, Saturday meetings or Sunday mass.” 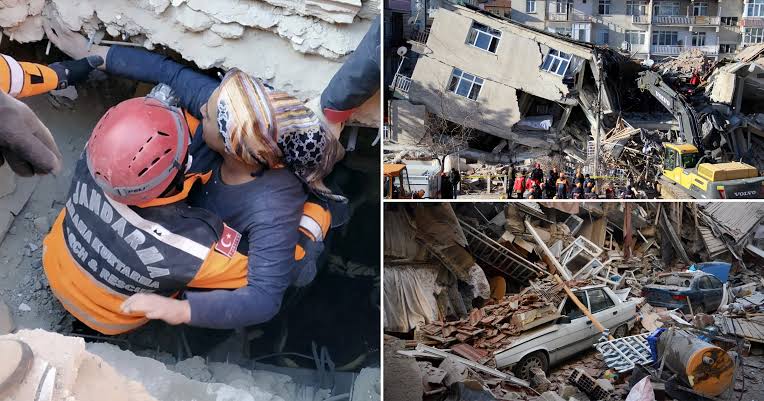 Heartrending scenes of a newborn plucked alive from the rubble and a broken father clutching his dead daughter’s hand have laid bare the human cost of violent earthquakes in Syria and Turkey that by Wednesday had claimed about 10,000 lives.

For two days and nights since the 7.8 magnitude quake an impromptu army of rescuers have worked in freezing temperatures to find those still entombed among ruins that pockmark several cities either side of the border.

Officially, the death toll from the disaster now stands at 9,500. But that could yet double if the worst fears of experts are realised.

The World Health Organisation chief Tedros Adhanom Ghebreyesus warned that time is running out for the thousands injured and those still feared trapped.

For Mesut Hancer — a resident of Turkish city Kahramanmaras, near the epicentre — it is already too late.

He sat on the freezing rubble, too grief-stricken to speak, refusing to let go of his 15-year-old daughter Irmak’s hand as her body lay lifeless among the slabs of concrete and strands of twisted rebar.

Even for survivors, the future seems bleak.

Many have taken refuge from relentless aftershocks, cold rain and snow in mosques, schools and even bus shelters — burning debris to stay alive.

Frustration is growing that help has been slow to arrive.

“I can’t get my brother back from the ruins. I can’t get my nephew back. Look around here. There is no state official here, for God’s sake,” said Ali Sagiroglu in Kahramanmaras.

“For two days we haven’t seen the state around here… Children are freezing from the cold,” he said.

In nearby Gaziantep, shops are closed, there is no heat because gas lines have been cut to avoid explosions, and finding petrol is tough.

About 100 others wrapped in blankets slept in the lounge of an airport terminal normally used to welcome Turkish politicians and celebrities.

“We saw the buildings collapse so we know we are lucky to be alive,” said Zahide Sutcu, who went to the airport with her two small children.

“But now our lives have so much uncertainty. How will I look after these children?”

Across the border in northern Syria, a decade of civil war and Syrian-Russian aerial bombardment had already destroyed hospitals, collapsed the economy and prompted electricity, fuel and water shortages.

In the rebel-controlled town of Jindayris, even the joy of rescuing a newborn baby was tainted with sadness.

She was still tethered to her mother who was killed in the disaster.

“We heard a voice while we were digging,” Khalil al-Suwadi, a relative, told AFP.

“We cleared the dust and found the baby with the umbilical cord (intact) so we cut it and my cousin took her to hospital.”

The infant faces a difficult future as the sole survivor among her immediate family. The rest were buried together in a mass grave on Tuesday.

Dozens of nations including the United States, China and the Gulf States have pledged to help, and search teams as well as relief supplies have begun to arrive by air.

A winter storm has compounded the misery by rendering many roads — some of them damaged by the quake — almost impassable, resulting in traffic jams that stretch for kilometres in some regions.

The World Health Organization has warned that up to 23 million people could be affected by the massive earthquake and urged nations to rush help to the disaster zone.

Secretary of State Antony Blinken said the United States would not work with the Damascus government.

“These funds, of course, go to the Syrian people — not to the regime. That won’t change,” he said.

Aid agencies have also asked the Syrian government to allow border crossings to be reopened to bring help to rebel-held areas.

The Turkey-Syria border is one of the world’s most active earthquake zones.

Monday’s earthquake was the largest Turkey has seen since 1939, when 33,000 people died in the eastern Erzincan province.

Experts have long warned a large quake could devastate Istanbul, a megalopolis of 16 million people filled with rickety homes. 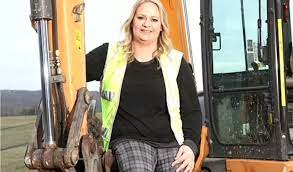 A 40-year-old Digger driver, Sasha Walpole, has revealed that she took Prince Harry’s virginity at a very tender age.

Walpole in an exclusive interview with Daily Mail claimed that she is the mystery horse-lover who had ‘passionate’ five-minute sex session with the duke in pub field – after rendezvous was laid bare in his memoir ‘Spare’.

She said, “It was a passionate, tipsy – and very probably ill-advised – encounter between two friends who snuck out of a pub for a crafty Marlboro Light and ended up clambering over a fence to make love in a field, shielded from sight by a dense summer hedgerow.

“This is how Prince Harry lost his virginity in July 2001 – an escapade the world would have remained ignorant about had he not revealed some of the intimate details in his explosive memoir, Spare.


“The story became one of the most talked-about passages in the bestseller, triggering a global guessing game as to who the unnamed ‘older woman’ who treated him ‘not unlike a young stallion’ might be.

Walpole also revealed it was Harry who made the first move, leading to their ‘spontaneous and sparky’ sex in a field behind The Vine Tree pub in the Wiltshire village of Norton. And, in a touch of farce, that his bodyguard was out hunting for him in a borrowed Ford Fiesta at the time.

Sasha, now a mother of two who drives diggers for a living, had invited Harry, then a 16-year-old Eton schoolboy – not 17 as suggested in Spare – to the pub to celebrate her 19th birthday.

The pair were such close friends that Harry had brought her a stuffed Miss Piggy and a comedy birthday card with a joke about a flatulent whale on the front. He added to that with a tray of ten shots – five each – which saw the pair very drunk by closing time.

As last orders were called, the young prince asked her: ‘Should we go for a smoke?’ and they crept into an adjacent field to have a cigarette out of sight of his security detail.

“He started to kiss me,” she remembers.

“It was passionate, intense. We both knew. It went from a kiss to the floor pretty quickly.

“It was instant, fiery, wham bam, between two friends. It was sparky because we shouldn’t have been doing it.

“He wasn’t ‘Prince Harry’ to me, this was Harry, my friend, and the situation had got a little bit out of control. It felt naughty, I suppose, in the sense that it shouldn’t be happening.

“We didn’t set out to do it – it wasn’t premeditated and I didn’t know he was a virgin.

“There were no virgin vibes – he seemed to know what he was doing. It was quick, wild, and exciting. We were both drunk. It wouldn’t have happened if we weren’t.”

Boris Johnson Raises Alarm, Says Putin Threatened To Blow Him Up With Missile The apparent threat came in a phone call just ahead of the invasion on February 24, according to a new BBC documentary to be broadcast on Monday.

Johnson and other Western leaders had been hurrying to Kyiv to show support for Ukraine and try to deter a Russian attack.

“He sort of threatened me at one point and said, ‘Boris, I don’t want to hurt you, but with a missile, it would only take a minute’, or something like that,” Johnson quoted Putin as saying.

Johnson emerged as one of the most impassioned Western backers of Ukrainian President Volodymyr Zelensky.

But prior to the invasion, he says he was at pains to tell Putin that there was no imminent prospect of Ukraine joining NATO while warning him that any invasion would mean “more NATO, not less NATO” on Russia’s borders.

“He said, ‘Boris, you say that Ukraine is not going to join NATO any time soon.

“‘What is any time soon?’ And I said, ‘well it’s not going to join NATO for the foreseeable future. You know that perfectly well.”

On the missile threat, Johnson added: “I think from the very relaxed tone that he was taking, the sort of air of detachment that he seemed to have, he was just playing along with my attempts to get him to negotiate.”

The BBC documentary charts the growing divide between the Russian leader and the West in the years before the invasion of Ukraine.

It also features Zelensky reflecting on his thwarted ambitions to join NATO prior to Russia’s attack.

“If you know that tomorrow Russia will occupy Ukraine, why don’t you give me something today I can stop it with?” he says.

“Or if you can’t give it to me, then stop it yourself.”