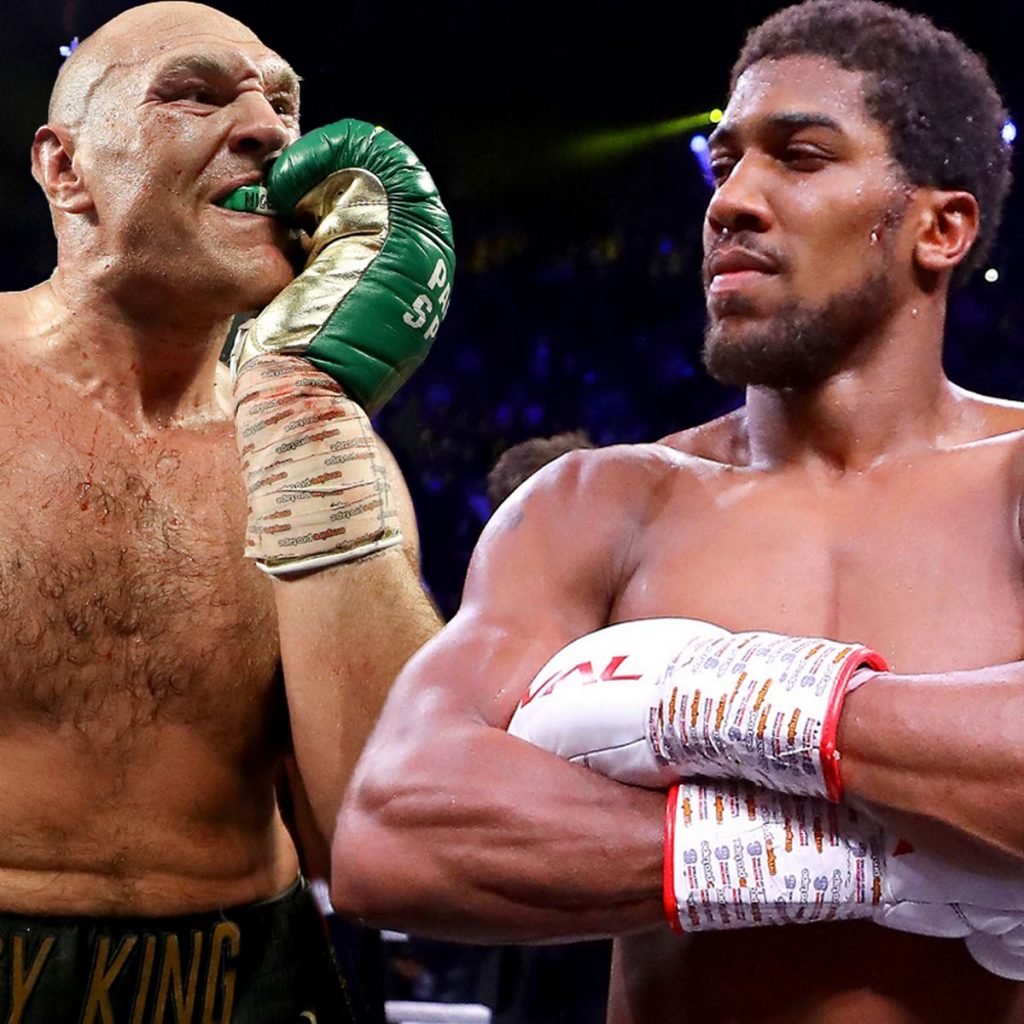 Heavyweight boxing champion, Anthony Joshua has stated that he must fight Tyson Fury no matter what happens in his next fight.

A court arbitration in the US ruled that Fury must fight Deontay Wilder causing the collapse of the fight between Fury and Joshua.

Fury and Wilder will now clash on July 24 in Las Vegas in a third WBC heavyweight title fight while Joshua will defend his IBF, WBA and WBO gold against mandatory challenger Oleksandr Usyk in late September at the Tottenham Hotspur Stadium in London.

According to Joshua who is the WBO, IBO and IBF champion, Tyson’s team is to blame for their proposed fight breaking down but insists the world title clash ‘has to happen’ in the future because it is “bigger than boxing, bigger than the belts”.

He said about fighting Fury in the future: “I will still be here, still ready to put on a show.

“End of the year. Let me get past Usyk first. But with or without Usyk in my life, I will fight Fury.

“Usyk isn’t the be-all and end-all.

“It will happen. After the Usyk fight, after I defend my belts.

“The fight will be bigger, better than what it would have been.”

Last week, Fury exclusively told Sky Sports about Joshua’s team: “I’ve got to get past Wilder then those guys will get their five minutes of fame. I’ll give them the biggest beatdown they have had in their lives.

“I’ll deal with these guys later – the most important thing to me is Wilder, the most dangerous heavyweight in the world who would knock out Joshua in the first round.

“As I’ve told [Joshua’s promoter] Eddie Hearn, the difference between me and them is they are businessmen and I’m a Spartan.”

Joshua responding to Fury’s claims said: “I am 100 per cent sure that I will fight him and win. You’ve got to ask him the same question.

“We did everything. During a global pandemic, the toughest time to organise a fight like that, we managed to have 20,000 fans available, a site fee, the media ready, my name was on the contract, I was in training.

“Then boom, they cancelled.

“I stay ready to fight them all because I’m a throwback fighter.”

Related Topics:Anthony Joshua
Up Next

‘Men Are Not Worth Fighting For’- Halima Abubakar