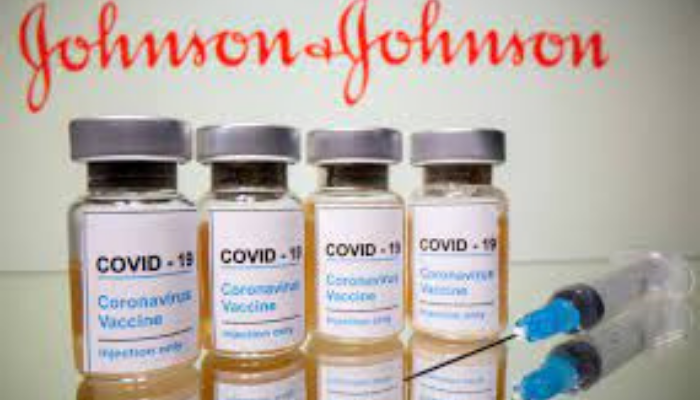 The federal government has said that henceforth all intending Christian and Muslim pilgrims to the holy cities of Jerusalem and Saudi Arabia are expected to show evidence of vaccination against COVID-19.

The new rule by the government came just as the World Health Organization (WHO) said that the COVID-19 third wave appeared to have stabilized in Africa.

Speaking at a biweekly media briefing in Abuja organised by the National Primary Healthcare Development Agency (NPHCDA), the Executive Director of the agency, Dr. Faisal Shuaib, said Christians and Muslims who are planning to perform pilgrimage next year or in the future should get vaccinated now in order to avoid delays.

He also said that as the COVID-19 vaccines have become available worldwide, some countries are making vaccination a requirement to gain access to their territories.

“At this juncture, I would like to remind all Nigerians that evidence of vaccination against COVID-19 is now mandatory for all pilgrims to the holy cities of Saudi Arabia and Jerusalem. I therefore urge adherents of both religions who are planning to perform pilgrimage next year or in the future, to get vaccinated now to avoid any delays,” he said.

Shuaib said that phase two vaccination has commenced in 35 states and the Federal Capital Territory (FCT).

Faisal expressed appreciation of Nigeria to Britain for the donation of an additional 592,880 doses of the AstraZeneca-Oxford COVID-19 vaccine, which was received last Thursday through the COVAX Facility.

According to Faisal, the total quantity of vaccines donated by the UK Government to the country now stands at 1,292,640 doses.

He explained that the additional doses would be included in the second dose vaccination exercise currently ongoing for clients who have already taken the first dose of the AstraZeneca vaccine in the first phase.

Faisal said that the agency was impressed with the example shown by the Governor of Edo State, Godwin Obaseki, who mobilized churches and religious leaders towards mass acceptance of COVID-19 vaccine, adding that: “Already, we are getting request from Edo State for additional vaccines. This is highly commendable.”

Faisal also responded to insinuations being created by a viral text message which purported that the US Supreme Court has cancelled universal vaccination.

“Scientists developed the technology to help respond quickly to pandemics, such as COVID-19. It is therefore ridiculous when the anti-vaccination campaigners claim that COVID-19 alters the human DNA or that people will die in two weeks or two years after vaccination.

“Similar claims that polio vaccines were intended to cause infertility and kill our children were made in the past but today, many of the children who received polio vaccine have grown to adulthood, become parents and are fulfilling their various dreams.

“No child in the country died of polio vaccination. It is therefore critically important for us all to always seek correct and accurate information about COVID-19 vaccines from reliable sources, so that we can be rightly guided to dispel fake news and misinformation from individuals or groups driven by mischief,” he said.

On its part, WHO said that although the COVID-19 third wave appeared to have stabilized, but the number of new cases is still very high with almost 248,000 reported in the past week.

“In Africa, the third wave appears to have stabilized but the number of new cases is still very high with almost 248,000 reported in the past week,” it said.

WHO said the trend showed that each new wave strikes Africa faster and harder, causing a higher number of new cases more rapidly than the previous wave.

“This puts an increasing strain on already stretched health facilities and health workers. The good news is that, increasing vaccine supplies raise hopes that the continent will meet the target of vaccinating 10% of the population by the end of September,” it said.

WHO Country Representative in Nigeria, Dr. Walter Kazadi Mulombo, who spoke at the NPHCDA’s briefing, also gave reasons for the upward trend that Nigeria is currently experiencing in COVID-19 cases.

He attributed the rise to weak observance of preventive measures, increased population movement and interaction, adding that the factors have heightened the risk of COVID-19 resurgence in many states.
According to Mulombo, the flow in the pandemic’s transmission dynamics is expected and is likely to continue until a sizeable proportion of the Nigerian population is vaccinated.

The WHO scribe further said the organization is reinstating its call for a moratorium on boosters until at least the end of September, to enable at least 10% of the population of every country to be vaccinated.

Mulombo said WHO believes that equitable access to safe and effective vaccines is critical to ending the COVID-19 pandemic.

“The reason for this call is vaccine injustice is a shame on all humanity and if we don’t tackle it together, we will prolong the acute stage of this pandemic for years when it could be over in a matter of months,” he said.