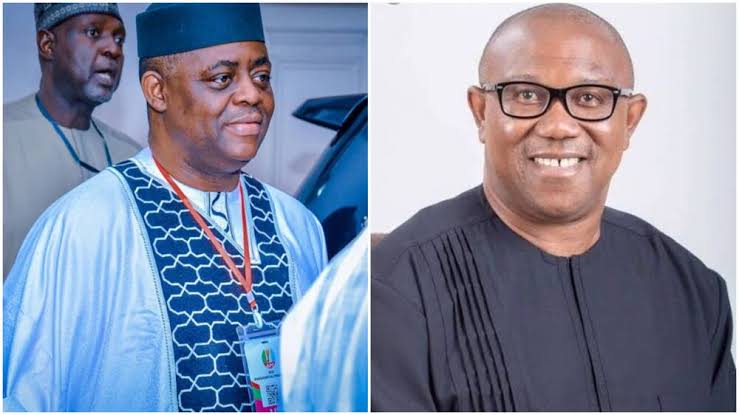 Femi Fani-Kayode, a former Aviation Minister, has said it’s constitutional and legitimate for the All Progressives Congress, APC, presidential running mate, Kashim Shettima, to handle security if the party is elected in 2023.

Fani-Kayode disclosed this while reacting to a comment by the Peoples Democratic Party, PDP, presidential running mate, Ifeanyi Okowa, that it’s unconstitutional for Shettima to handle security if APC is elected in 2023.

In a series of tweets, Fani-Kayode said Shettima would not usurp the president’s powers if the party is elected in 2023.

He wrote: “Gov. Okowa, the VP candidate of PDP, knows that when Sen. Shettima said he, as VP, would take charge of security whilst Asiwaju Bola Tinubu, as President, would focus on the economy, he did not suggest that he would usurp the constitutional functions of the incoming President & C-in-C.

“What he meant was that he would be assigned that role by the President & that he has the inherent experience & knowledge to handle such an assignment with courage & strength due to the vast experience he has gained over the years when facing the challenge of Boko Haram whilst he was Governor of Borno state.

“It amazes me that Gov. Okowa, who is ordinarily a level-headed, cerebral, decent, restrained & well-exposed man & who I have always had respect for, would consider this to be “unconstitutional” or “absurd.” It is perfectly constitutional & legitimate & it is common practice when it comes to our system of Governor