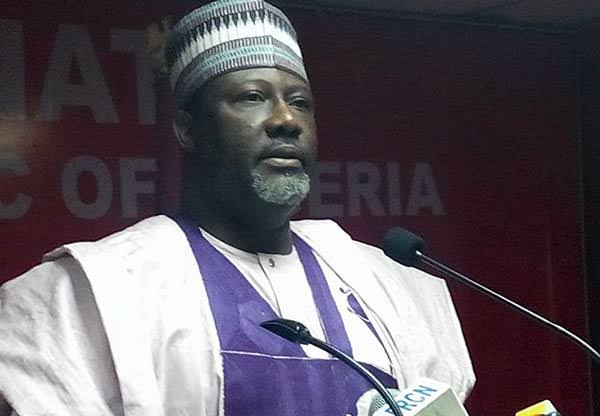 Ahead of the 2023 presidential election, the campaign council of the Peoples Democratic Party, PDP, has called on President Muhammadu Buhari to sack all Resident Commissioners of the Independent National Electoral Commission, INEC, who are members of the ruling All Progressives Congress, APC.

The spokesperson of the PDP presidential candidate, Atiku Abubakar’s campaign, Senator Dino Melaye, made the call in a video posted on his social media pages on Wednesday.

According to him, the Nigerian constitution forbids those playing partizan politics from occupying such sensitive position, stressing that the Atiku’s campaign council would not tolerate that.

He said, “I’m using this opportunity to call on President Muhammadu Buhari that many of his appointees as INEC Resident Commissioners are card carrying members if the APC.

“We want to advice the president that if he is not aware or if it was done without his consent, there is a need to re-screen his nominees for that position in various states.

“We, a campaign council will not tolerate this bias politics, we will not allow card carrying members of the APC to be Resident Commissioner of INEC in any of the states in the Federal Republic of Nigeria.

“We call on the president to use his office to identify those cars carrying members of APC or any political party and substitute them with Nigerians who have no political bias”.