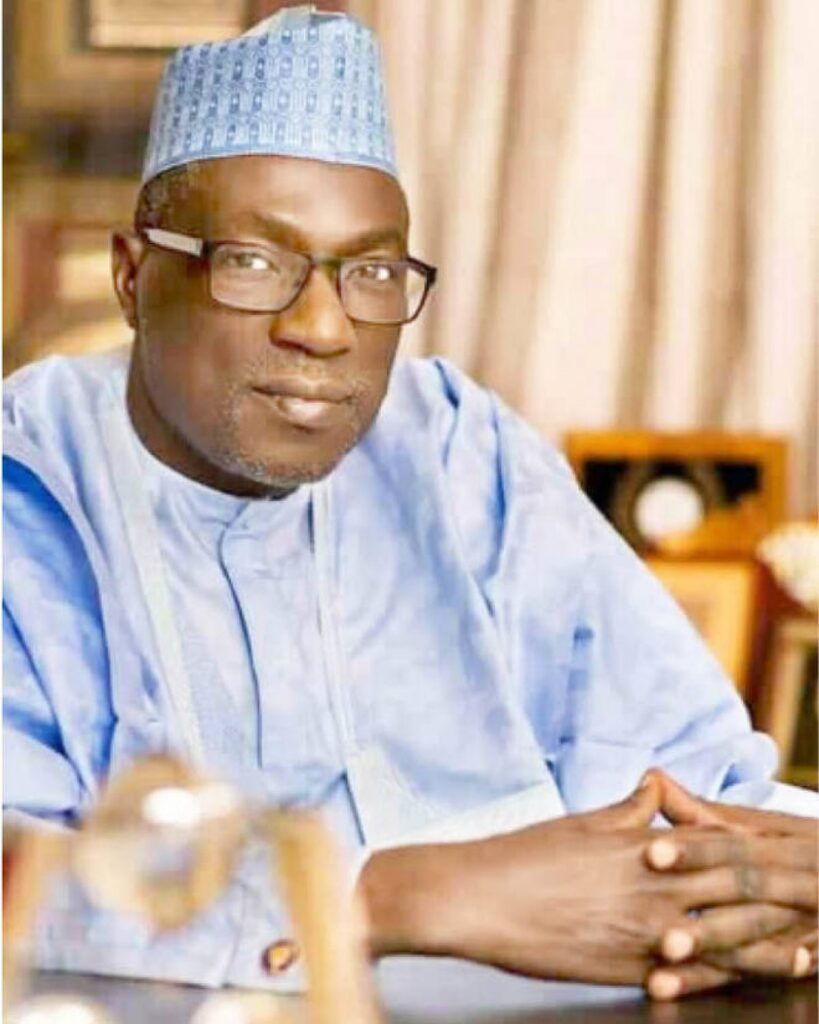 …Insists Party Is Home For Everyone

Makarfi, a former PDP chairman, was a guest on Channels Television’s breakfast show, Sunrise Daily, where he made this remark on Tuesday.

According to the 66-year-old statesman, there are only two parties in Nigeria – the PDP and the All Progressives Congress.

Channels Television had reported that Shekarau, also a former Kano governor, from 2003 to 2011, dumped the NNPP after a rift with the party’s presidential candidate, Rabiu Kwankwaso. Shekarau was received in the PDP on Monday by the party’s chairman, Iyorchia Ayu; its flagbearer, Atiku Abubakar; amongst other PDP heavyweights in the north.

Speaking on the development during the programme on Tuesday, Makarfi said Shekarau’s move to the PDP was based on conviction and not personal ambition, noting that the new defector has abandoned his senatorial ambition for 2023 in the NNPP.

Shekarau had in May left the APC after a fallout with Governor Abdullahi Ganduje. Shekarau joined the NNPP but barely three months later, he dumped the NNPP for the PDP. The founding member of the APC in 2013 was also a PDP member in 2014.

He said, “Nigerian politics is a bit funny especially politics of the opposition. Before APC captured power, the opposition came together but unfortunately, we have a situation in Nigeria where the opposition wakes up and everyone tries to capture power.

“I want to make a plea to other opposition parties that let them think about Nigeria first and what is good for Nigeria; let us do what APC did – come together, talk amongst ourselves and arrive at something that all of us will agree to and bring positive change to this country.

“Peter Obi, personally, he respects me, I respect him. Kwankwaso still is my friend, I respect him but the issue is that we should all swallow personal ambition for the sake of this country and bring positive change by changing the government that is in power today.

“About the fears of the youths, I am not blaming them but when you are frustrated when you are angry, you may take a decision that will worsen your situation.

“I call on other opposition parties to actually come together, especially Peter Obi, I know he respects our presidential candidate (Atiku) a lot and many of us. PDP will be home to him, PDP will be home to his supporters, and Kwankwaso, we all started PDP together, let us come back home and do the needful for the sake of this country.”

“Peter Obi, it is my personal opinion that even if he was frustrated out of PDP, that one must have come from where come from not from any other parts of this country, and it is this politics of edging this person out, edging that person out, and politics is like that.”

“What is happening now in my opinion is not so much about Peter Obi but the frustration of the youths and they are using him as a symbol. Let’s agree that was the case, any decision based on anger will not produce anything positive. We accept the frustration but the only rational way forward is to go the way of PDP,” he said.

Related Topics:APCKwankwasoMakarfiPeter Obi
Up Next